Get a Live Demo
When Will the Caregiver Turnover Crisis End?

When Will the Caregiver Turnover Crisis End? 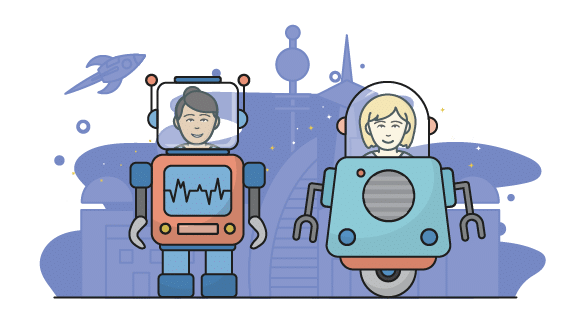 Here are three plausible scenarios of how the caregiver turnover crisis could finally come to an end.

It’s a question that’s haunted the home care industry for several years. Caregiver turnover is at its highest ever—82% for the industry, per the 2019 Home Care Benchmarking Study—and that number is by no means the peak. According to human resources expert and MIT professor Paul Osterman, it’s going to continue getting worse as the shortage of care workers increases.

Why is there such a shortage of care workers? While there are many reasons, the underlying cause is simple: the need for caregivers is growing too rapidly for our workforce to keep pace with. 10,000 Baby Boomers are turning 65 every day, and the US Census Bureau estimates that by 2030, elderly people will outnumber young people in the US for the first time in history.

And while there are currently more caregivers than ever before, under present conditions the increase in demand for caregivers is growing much more quickly than the supply of caregivers.

It’s important to note that while caregiver turnover and caregiver shortages aren’t exactly the same, they’re highly linked. The fewer caregivers there are, the more that agencies compete for them, and the more that they’ll bounce around between different agencies and other employers outside of home care. In this article, we’re using the terms relatively interchangeably for the sake of simplicity.

One more disclaimer: In this article, we’re talking about overall caregiver turnover for the industry rather than individual agencies. We don’t want to imply that there aren’t things agencies can do on their own to combat turnover; we’ve worked with agencies who use a variety of strategies to reduce turnover in their individual agency to very manageable, pre-crisis levels (25-30%).

However, while there’s a lot that individual agencies can do to sidestep the effects of caregiver turnover, it’s nevertheless likely to remain an issue for the industry at large for a very long time.

The question we’re addressing is this: Regardless of the steps that individual agencies can take to combat turnover, at the end of the day there are still a lot of agency owners wondering how they’re going to keep filling cases. At a big-picture level, what needs to happen that would end this problem?

Here are three key factors which we think have the potential to solve the caregiver turnover/shortages problem on an industry-wide scale. What do you think?

Short-Term: A Recession Moves the Job Market in Favor of Employers

An economic downturn could happen at any time, and while we’re still seeing robust job growth, the stock market has already been wavering for months. (In fact, yesterday was the stock market’s worst day in 2019; most experts believe this was caused by China’s reaction to new tariffs imposed by the US.)

Any combination of factors, such as tariff wars with foreign countries, uncertainty about presidential elections, or even natural market fluctuations could easily lead to a recession in the next year.

If a recession happens, it wouldn’t specifically solve the problem of caregiver shortages and turnover, but it might shift the job market in employers’ favor far enough that shortages would cease to be a major concern.

Don’t get too excited for this one. Here’s why: first, simply stated, recessions are never good. While a recession might shift the job market in a way that made recruiting caregivers easier, it would likely cause other problems for consumers and agencies.

Second, this solution would be a Band-Aid at best. Even if the job market shifts to favor employers more for a few years, demand for caregivers would still grow at a faster rate than supply. Eventually, the shortages would return with a vengeance as the economy recovered.

Get our free guide to how surveying client and caregivers is key to success.

Due to a variety of demographic factors, immigrants are disproportionately likely to work as caregivers. Overall, the caregiving workforce has a much higher percentage of first- or second-generation immigrants than does the general US workforce.

Why do so many immigrants work as caregivers? One reason is that caregiving is that the relative simplicity of the job makes it appealing for someone who is starting fresh without much of a support base and may even still be learning English. Another reason is that many immigrants come from cultures in which caring for grandparents and seniors is heavily prioritized, making caregiving a natural job choice for them.

While immigration is a loaded topic in today’s political climate: one fact is abundantly clear from the data: more immigrants means more caregivers.

While a major shift in immigration policy in unlikely to come soon, a surge in immigration would very likely deliver a major boost to the supply of willing caregivers—easing and potentially even ending the caregiver shortages that home care agencies and other senior care organizations deal with.

Of the three solutions we’re exploring here, this one is potentially the easiest and simplest.

Related content: How Much Is Caregiver Turnover Costing Your Business?

Automation has already become an issue in many industries like manufacturing, where the ability to rely on robots to reduce costs pushes companies to lay off thousands of employees each year. While economic growth and productivity might offset some of the effects of automation, it’s still highly likely that robots will be taking a lot of our jobs by 2030.

There’s an apparently simple solution to both problems. By 2030, we’re going to need a lot more caregivers—and if the forecasts about automation are correct, there’s a good chance a lot of people are going to be out of work in 2030. If a portion of the workforce shifted from other industries to work in senior care over the next 10-15 years, it would potentially solve both problems.

This scenario has been discussed by global consulting firm McKinsey and Company, who concluded that an aging population was one of the most secure solutions to provide jobs unlikely to be taken by automation.

Does this solution oversimplify two very complex issues? Possibly. There are a great deal of demographic and economic factors affecting both caregiver shortages and automation, and it’s very possible that these issues won’t fit together nearly as neatly as we’ve outlined here.

(For instance, Japan is currently exploring the concept of robot caregivers. While it’s likely that consumers’ preference will always point toward human caregivers, it’s still very possible that this trend plays a role in the outcome of the caregiver shortage crisis.)

That said, as families, business owners, and policy makers search for solutions to the caregiver shortages crisis, it’s very likely that caregiving and automation will play complementary roles in whatever is to come.

Could robots indirectly be the long-term solution to your caregiver shortages? It’s very possible. 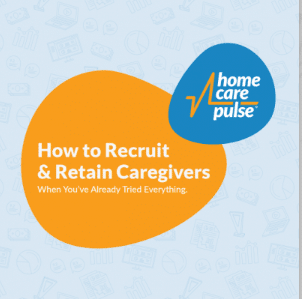 Can Your Agency Sidestep the Crisis?

While the main purpose of this article is to explore big-picture future solutions, we’d be remiss if we didn’t zero in on the ability of individual agencies to at least mitigate the effects of turnover a little. We’ve talked national and global problems; let’s bring it back down to a local level for a minute. What needs to happen at an agency level to end the caregiver turnover crisis?

While caregiver turnover is a much bigger problem than any one agency, there are plenty of steps you can take to reduce its impact on your agency while you wait for the above factors to work their magic. We’ve put together a reading list below to help you get started.

What do you think needs to be done to overcome the caregiver shortage crisis? Let us know in the comments below!