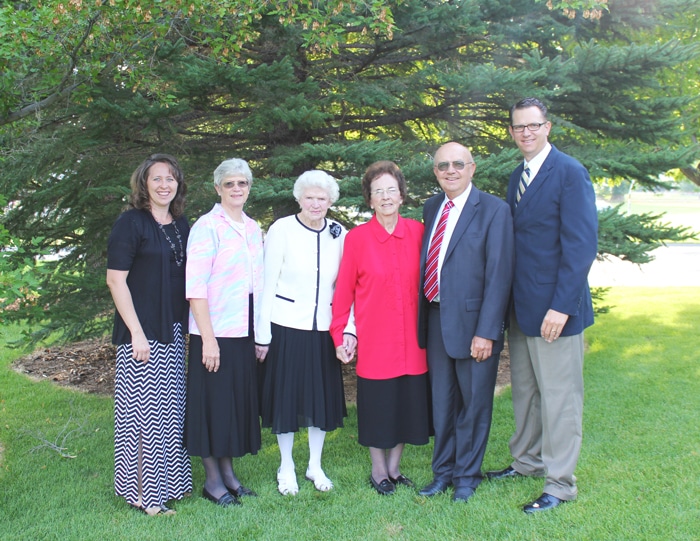 Erik Madsen, COO of Home Care Pulse – I’ve truly been blessed to have two of the greatest grandmothers in the world. My Grandpa Madsen passed away when my Grandmother (Loa) Madsen was just 44 years old and with five children. For the past four and a half decades she has been a stalwart example of hard work and resilience. Grandma Madsen still lives a very active life style walking a mile every day and raising her beautiful flowers. She now has 23 grandchildren and 44 great-great grandchildren.

Grandma (Virginia) Poulsen has been a widow for three years after having been married for 65 years and having raised eight children. Up until just two years ago she still raised one of the best vegetable gardens in the valley and tended to dozens of baby chicks each spring. She too has been an outstanding example of hard work and determination and a great example to her 36 grandchildren and 35 great-great grandchildren.

Our family has truly been blessed to have two of the greatest grandmothers in the world. My grandmothers are both less than 10 miles from our home. This has been a wonderful opportunity to have them so close, and for our children to know, interact and learn to love their great grandmothers. 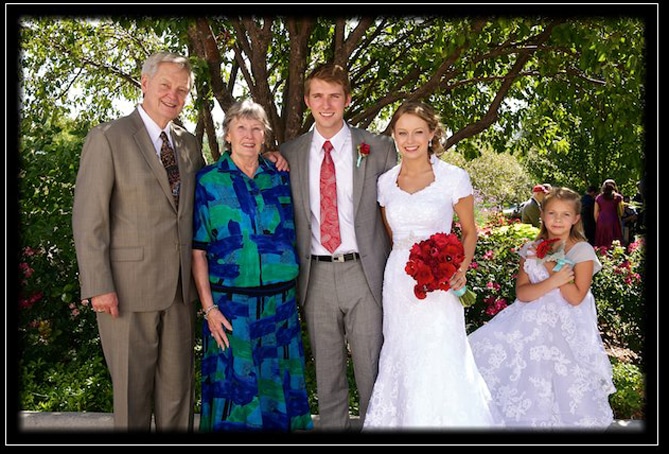 Lauren Rogers, Content writer – Growing up I was never close to my grandparents; we lived far away and didn’t visit much. But after I got married I felt like I finally inherited the kind of grandparents I’d always wanted. My husband’s grandmother had a stroke over twenty years ago that left her unable to speak or write, so expressing herself was extremely difficult. Even though she couldn’t communicate with words, her marriage became even stronger. Her husband made sure he was always aware of her needs and has communicated for her over the last two decades.

After overcoming uterine cancer a few years ago, she was diagnosed with pancreatic cancer last December. She was deteriorating fast so the entire family came together for Christmas and said their goodbyes, including Pom Pom (my husband’s grandfather). He held her hand and called her his pretty lady, kissed her on the forehead, then said he knew she was in pain, so it was okay if she left him. She died that night, only two weeks after being diagnosed. I had never witnessed such true and selfless love and can’t think of a better example of two extraordinary people on Grandparent’s Day.